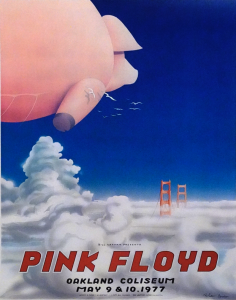 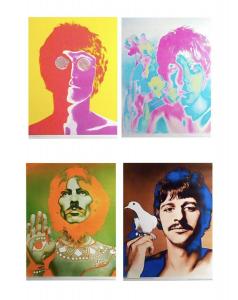 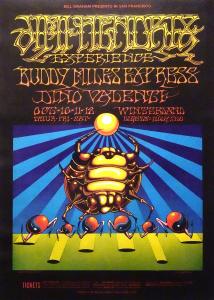 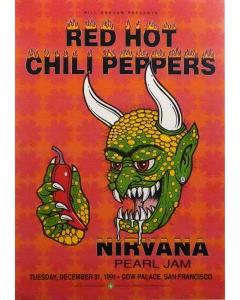 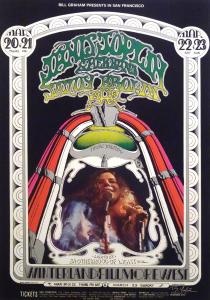 At the top end, there are some very rare artist-signed posters that will likely sell for thousands of dollars, but there are also other excellent examples in the $300-$500 estimate range.”
— Cindy Stephenson, Owner, Stephenson's Auction
SOUTHAMPTON, PENNSYLVANIA, USA, December 29, 2020 /EINPresswire.com/ -- In August, rock music fans the world over took a nostalgic trip back to the 1960s and ’70s as Stephenson’s Auction sold 339 concert posters from the estate collection of pioneer poster collector/dealer Perry Pfeffer (circa 1949-2020). The private collection featuring artist-signed rarities from San Francisco’s Summer of Love and the heyday of New York’s Fillmore East grossed nearly $300,000. On New Year’s Day 2021, Stephenson’s will present Part II of the Perry Pfeffer estate collection, with a 420-lot selection that is every bit as impressive as that seen in the initial offering. Bid absentee or live online through LiveAuctioneers.

“All of the posters and handbills are in mint or near-mint condition, and some are signed by the artists, including Bonnie McLean, David Singer, Randy Tuten, Lee Conklin and Stanley Mouse,” said Cindy Stephenson, owner of Stephenson’s Auction. “At the top end, there are some very rare posters that will likely sell for thousands of dollars, but there are also other excellent examples in the $300-$500 estimate range.”

The collection’s timeline starts in the psychedelic ’60s, a time when Pfeffer was living in San Francisco and presciently acquiring now-classic posters, sometimes from the artists themselves. Later in life, Pfeffer returned to his native Philadelphia and in 2001 launched Postercade, a commercial website popular with poster aficionados. “Perry Pfeffer was a widely acknowledged expert on music posters, and the very best of what he acquired during his lifetime was kept in his private collection,” Stephenson said. The collection’s timeline ends in 2011, as represented by two different styles of Black Keys posters.

The highest-estimated poster is a 1969 lithograph touting the 20th century’s most famous music event, the Original Woodstock Music and Art Fair and Aquarian Exposition. This original Type 1 poster promoting the pinnacle of hippie culture – the famed mega-concert held at Max Yasgur's Farm in Bethel, New York – was created by artist Arthur Skolnick (b. 1937-) and is expected to sell for $6,000-$8,000.

Prices for Jimi Hendrix memorabilia have remained very strong, as evidenced by the 1968 poster in the Perry Pfeffer auction Part I, which sold for $15,000. The January 1 auction features a Jimi Hendrix Experience Bill Graham BG-140 concert poster from a 1968 performance at the Winterland Ballroom in San Francisco. An original first printing with artwork by Rick Griffin and Victor Moscoso, it carries a $3,000-$4,000 estimate.

Another Hendrix poster, known as the “Flying Eyeball” design, is from a February 1968 performance at the Fillmore Auditorium/Winterland Ballroom, with John Mayall and Albert King as the opening acts for the Jimi Hendrix Experience. The first and only printing of this serigraph, in 1989, had a print run of only 500. The auction example, an artist’s proof designed and signed by artist Rick Griffin, is numbered “A/P 3.” Fewer than 50 artist’s proofs of this poster exist, warranting an auction estimate of $3,000-$5,000.

Beatles fans will have their pick of original first printings of oversize linen-backed theatrical posters advertising the Fab Four’s movies, including Help! ($500-$700), Yellow Submarine ($1,000-$1,500), and A Hard Day’s Night ($1,000-$1,500). The top prize, however, is a 1967 poster/print set created by photographer Richard Avedon under commission from the Beatles’ merchandising company, NEMS. The set consists of four individual portraits of John, Paul, George and Ringo, with a group estimate of $1,500-$2,000.

A number of other highly important 20th-century musicians and bands are highlighted in the auction, including The Byrds, The Who, Pink Floyd, The Doors, Jefferson Airplane, and many others. Additionally, there are several posters from significant festivals, including the 1970 Open Air Love and Peace Festival in Fehmarn, Germany; the 1970 Diamondhead Crater Sunshine Festival; and Coachella 2014; as well as scarce artist-signed handbills.

Stephenson’s Jan. 1 New Year’s Auction exclusively featuring the Perry Pfeffer estate collection of rock concert posters Part II will be held live at the company’s Southampton (suburban Philadelphia), Pa. gallery, with phone, absentee and Internet live bidding available (through LiveAuctioneers). Start time: 12 noon ET. In-gallery inspection is from 1-4 p.m. on Dec. 31 and on Jan. 1 from 11 a.m till the start of auction. Guests are asked to wear masks and observe social distancing. For additional information on any item in the sale, call Cindy Stephenson at 215-322-6182 or e-mail info@stephensonsauction.com. Visit Stephenson’s Auction online at www.stephensonsauction.com.

Tommy Tom the Shark and the Big Rap Mess

Buy 1 Book and your name will be added to the back of the book as a contributor!
Buy 2 Books and we'll donate the second one to a school or library!
Buy a Four Book Package and be invited to the virtual launch of the book for a special reading by the author!

Book will be shipped in September 2021 if the campaign is successful.

Apple in the Woods

a children's picture book that celebrates our differences and promotes diversity.

Nothing can stop a curious.... snail?

That curious snail Elissa is at it again... and she learns a valuable lesson about thankfulness and being happy about who you and what you are!