The Los Angeles Times Festival Of Books of 2022 presents, Jah Is Our God 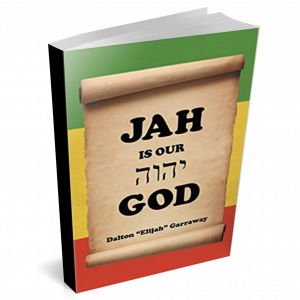 “The presence of the Ark of the Covenant in the center of Ethiopia signified the establishment of the new Jerusalem as well as the Davidic lineage of kings in that country.”—”
— Dalton “Elijah” Garraway

LOS ANGELES, CALIFORNIA, UNITED STATES, June 30, 2022 /EINPresswire.com/ -- Author Dalton “Elijah” Garraway will be one of the featured authors in the upcoming Los Angeles Festival of Books 2022 with his published book titled JAH IS OUR GOD. A spiritual and religious book that has revealed and deciphered the correct name of the God of Creation. All indicators are there, and his reputation is immutable in the teachings. Several texts and books have been published as the true name of God.

Many have suffered and are disheartened as some may not be factual, and some may be hard to prove.

PRESS RELEASE | LA BOOK FAIR 2022
The author shares that, “in the original Hebrew text, the name our Creator revealed as his personal, proper name has only four letters, all of which are consonants. Accordingly, it became known in the English language, the letters are YHWH or JHWH/JHVH...Further, many scholars agree that when anglicized, the name can be pronounced Jahweh. Jah is its constricted or shortened form. The HarperCollins Bible Dictionary clearly states that Jahweh/Jah is a substitute transcription of Yahweh.” Dalton “Elijah” Garraway grew up on the lovely Caribbean Island of St. Vincent and the Grenadines. He is married and has children. He was an educator and became a customs officer, then a businessman, now Rastafarian, and currently an author. As he was worshipping, Jah, he made a new nickname, “Elijah.” In 2008, moving forward with life’s pathway, he migrated to the United States.

Book copies are available on Amazon, Barnes & Noble, and other online book resellers.