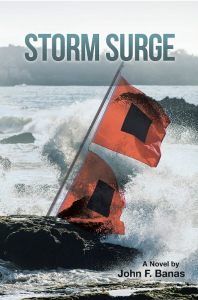 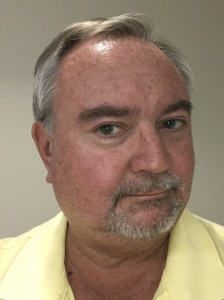 A spellbinding drama that keeps the pages turning until the dramatic conclusion.”
— Amazon Reviewer
UNITED STATES, July 19, 2022 /EINPresswire.com/ -- All is not what it seems.

A lot can happen to a person in a Disaster Area…

Brenda Meyers is having a bad day.

Those are three thoughts to keep in mind while reading the gripping thriller STORM SURGE by John F. Banas.

Her daughter is trapped somewhere in New Orleans right before Hurricane Katrina strikes. Her increasingly estranged husband may be on the verge of losing yet another job. To top it all off, her cheating former fiancé is claiming to have evidence that his wife and Brenda’s husband are having an affair.

But nothing matters more than finding and rescuing her daughter. Brenda insists that a rescue mission can be made before the storm hits. Her husband isn’t so keen on the idea – he’s heard that the city may flood, making the rescue even harder.

So, when her former fiancé offers his boat and his help, Brenda reluctantly accepts, knowing full well that her husband and ex cannot get along. Her worries prove correct; while racing the raging storm, she uncovers a fiendish plot to murder her well insured husband - who happens to harbor secrets of his own.

Banas has crafted a wild ride of a plot between the personal relationships, Hurricane Katrina, and the specter of a collision course with professional hitmen. If Brenda can survive one crisis, can she survive the next?

“This book pulls you in and you can’t wait for the next chapter,” declares one Amazon reviewer. “Some of the best Hurricane Katrina-related storytelling I have seen!”

STORM SURGE is available on Amazon and other popular retail outlets where books are sold.

ABOUT THE AUTHOR
Storm Surge is the debut thriller by John F. Banas. John read his first novel - Andromeda Strain - when he was just eight years old and has been hooked on thriller novels ever since. He is drawn to stories about average, everyday people who are thrust into impossible situations and called upon to reach above their skill and comfort level to succeed, or even survive. John’s first published work was a short story for an anthology entitled Down the Block, a collection of tales about life in the big city. John lives with his family in a suburb of Chicago, a city which provides endless inspiration for books.