Santa Helps Kids Solve the Dilemma of ‘Naughty or Nice?’ 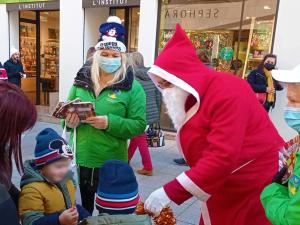 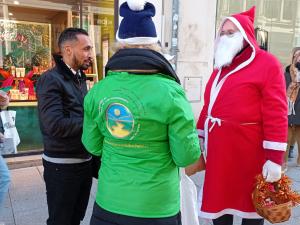 A holiday wish for all—happiness throughout the year. 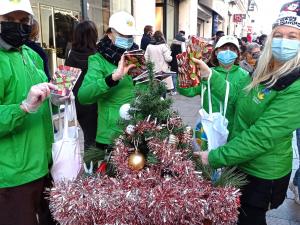 No need to find out if they’ve been naughty or nice if they follow the precepts of "The Way to Happiness."

In Angers, France, Father Christmas and his helpers share ‘The Way to Happiness’ with families to help them achieve success and happiness throughout the year.

ANGERS, CALIFORNIA, FRANCE, December 28, 2021 /EINPresswire.com/ -- There is a reason Santa Claus checks his list of “naughty or nice.” It’s his way of guaranteeing the happiness of children now and in the future. That’s why the white-bearded gentleman in his traditional holiday costume took to the streets in Angers, France, with "The Way to Happiness," the common-sense guide to better living written by author and humanitarian L. Ron Hubbard.

Among the precepts of this nonreligous moral code is a positive version of The Golden Rule.

“One can get into a lot of conflicting opinions and confusions about what ‘good behavior’ might be,” it states.

However, the booklet makes this so simple to understand that it is easy to put into practice:

“If one were to think over how he or she would like to be treated by others, one would evolve the human virtues. Just figure out how you would want people to treat you.”

A list of 20 virtues makes them easy to understand and use. There is even a course on The Way to Happiness website with interactive lessons designed to help those wishing to learn the 21 precepts of the booklet and use them to bring true happiness to oneself and others.

The Scientology Network streams "The Way to Happiness" book on film that includes a chapter on this Golden Rule. And the importance of understanding and implementing these values spells the difference between misery and happiness, as the booklet states:

“There is little joy to be found in gloomy, restrained solemnity. When some of old made it seem that to practice virtue required a grim and dismal sort of life, they tended to infer that all pleasure came from being wicked: nothing could be further from the facts. Joy and pleasure do not come from immorality! Quite the reverse! Joy and pleasure arise only in honest hearts: the immoral lead unbelievably tragic lives filled with suffering and pain. The human virtues have little to do with gloominess. They are the bright face of life itself.”

Broadcast from Scientology Media Productions, the Church’s global media center in Los Angeles, the Scientology Network is available on DIRECTV Channel 320 and can be streamed at Scientology.tv, on mobile apps and via the Roku, Amazon Fire and Apple TV platforms.