Quality Audiobook is a Welcome Addition to "New You! Who Knew?" Family 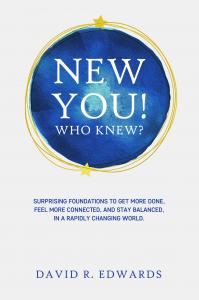 New You! Who Knew? Cover 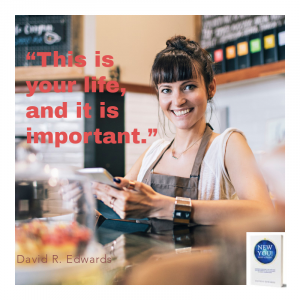 Your Life is Important

For those who can’t, or don’t read, audio is the key to access

Dan read the book the way I would have, if I had his voice and skill.”
— David R. Edwards

Knew You! Who Knew? was released in January of 2022 as an e-book and paperback. The author received feedback from many potential readers that they were not able to read, did not like to read, or simply preferred a listen versus read option. For these front-line workers an audio option is not a nicety but a necessity.

Dave listened to dozens of potential narrators before choosing Dan Levy to narrate and produce the audio version of his book. Dan’s demo was outstanding both in his reading the text with engagement and skill and in his production ability and experience with the audio platform.

Written for people earning less than $70,000/year, New You! Who Knew? Is the first self-help book for regular people who want to:

Sit squarely in the captain’s chair of life

He worked in health care for 35 years. He took what he learned as a CFO, COO, and CEO and built on it as he researched how to correct what is wrong with healthcare in America. His epiphany, consistent with his career, enduring principles, and the latest in behavioral science led to the 10 principles of individual motivation contained in “New You! Who knew?”. On these principles, applicable to all domains of life, individuals build lives of accomplishment, connection, and balance. Find out more at www.davidredwards.com

Dan Levy has worked as a national sports and pop culture writer, podcaster, radio host and editor. Dan has been a frequent contributor on CNN, HLN, ESPN and NBC Sports Network and has interviewed everyone from Phil Mickelson to Kermit the Frog. His personal YouTube channel has more than 18.6 million views. Happy to be saying other people's words for a while, Dan is now focused on narrating and producing audiobooks and videos.