“Precious in His Sight” is a Story About the American Civil War and Its Residual After-Effects, on American Society 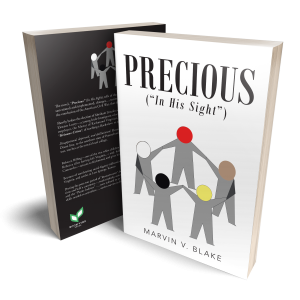 Precious in His Sight 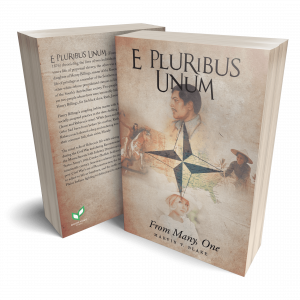 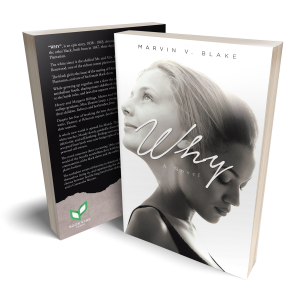 Marvin V. Blake’s “Precious in His Sight” tells of the myriad of historical-societal issues that occurred during and after, the end, of the American Civil War.

Racial prejudice is not innate. You’ve Got To Be Carefully Taught. And that; Knowledge Is Power. And that; Those who do not learn from, and Ignore History’s-Mistakes, are Doomed to repeat them.”
— Marvin V. Blake, Author
PALATINE, IL, UNITED STATES, September 6, 2022 /EINPresswire.com/ -- “Precious in His Sight”: is the third novel, in Blake’s trilogy; joining his previous two novels; “Why” and “E. Pluribus Unum...From Many, One”.

“Precious in His Sight”, is a must-read.

The novel is a historically accurate depiction of mid-19th century American history, as experienced and seen, through the eyes of a diverse, fascinating, array—“Red; Brown; Yellow; Black, and White”—fictional as well as, actual-persons.

This book brings readers into the eighteen-hundreds, and allows them to see how the American Civil War, coupled with the defeat of the Plains Indians, has changed the lives of generations of Americans.

“Precious in His Sight” is the creation of published author Marvin V. Blake, a passionate writer who has thus-far, published three Historical-Fiction, novels, that comprise his 19th Century, American Trilogy.

Blake writes; “Shortly before the 1860 election of Abraham Lincoln as the 16th President of the United States, Eleanor Leary-a young Irish-Immigrant educator-is summarily discharged by her employer, the Master of Richmond Virginia’s Rosewood Cotton Plantation, for the ‘Heinous-Crime,’ of teaching a black-slave, to read and write.

“Disappointed, depressed, and disillusioned, Eleanor Leary relocates, north of the Mason-Dixon Line, to the northern state of Pennsylvania, marries, and teaches at the town’s local college.

“Rebecca Billings-one of the two white children that Eleanor had taught during her time in the South, before the war; Rebecca, after having left Virginia; and following nearly a year, living as a captive of the Comanche-returns to Richmond and gives birth to a ‘mixed-blood,’ child.

“Because of unrelenting racial-bigotry inﬂicted upon her mixed-blood son, Rebecca leaves Richmond, Virginia, and settles in Lost Springs, Kansas.

“During the post-Civil-War period of ‘Reconstruction,’ both Eleanor and Rebecca—separated by time and half a continent—work tirelessly, independently, assisting the former, now freed black-slaves, and the defeated ‘Plains Indians,’ now referred to as ‘The Reservation-Indians,’ to acquire the skills needed to assimilate, and to survive in Euro-Centric, American society.”

Published by Book Vine Press, Marvin V. Blake’s new book “Precious in His Sight”, is an intriguing, fascinating novel, that will both entertain and enlighten everyone, ‘Red; Brown; Yellow; Black or White;’ interested in history and knowing their past.

Through his books, the author’s goal is to both entertain and enlighten the readers, so that they can appreciate, how the past, has contributed to, and continues to, shape the ‘present,’ and our children’s ‘future.’

With and through this book, the author, Blake’s-goal, is to remind to reinforce for his readers, that: “Knowledge is Power.”

And that, “Those who do not learn from, or ignore history’s-mistakes, are doomed to repeat them.”