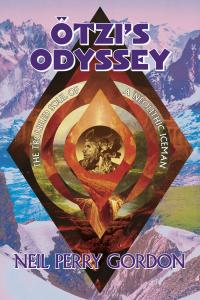 Otzi's Odyssey - The Troubled Soul of a Neolithic Iceman 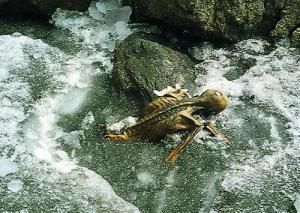 Otzi the Iceman frozen into the glacial ice 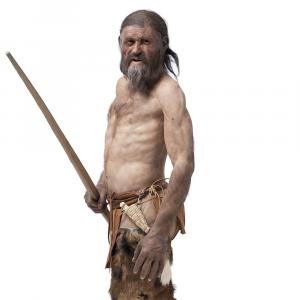 THE TROUBLED SOUL OF A NEOLITHIC ICEMAN JUST RELEASED

Gordon's vivid imagery, deft characterization, and entertaining storytelling carry the reader through this suspenseful tale. A haunting, visceral novel will keep the reader awake until the last page.”
— The Prairies Book Review

Gordon’s latest is a deeply engrossing metaphysical tale of one soul’s journey to redemption. When a mummified man, half frozen in glacial ice, is discovered by two hikers, it’s just the beginning of a treacherous journey into the four demonic realms of Gehenna for the five-thousand-year-old soul of Bhark. Bhark must prepare for a vicious war if he wants to find salvation and redemption of his eternal soul.

This is an intriguing story, haunting and moving, set in the violent, terrifying world of both living and dead, a world in which soul hunters prey on innocent souls, making them captives for eternity. This is also the story of family bonds, love, revenge, and redemption.

The novel, narrated by Bhark from the discovery of Ötzi’s body, crisscrosses through time, cutting between past and present. This structure, which might have become a distraction in a novice writer’s hands, adds to the story’s intrigue. Gordon’s vivid imagery, deft characterization, and entertaining storytelling carry the reader through this suspenseful tale. A haunting, visceral novel that will keep the reader awake until they turn the last page.
~The Prairies Book Review

Book Summary:
Ötzi’s Odyssey – The Troubled Soul of a Neolithic Iceman, opens in the year 1991 with the remarkable sighting of a mummified man, half frozen in glacial ice, whom two hikers stumble upon. Along with this profound archeological discovery, the soul of this five-thousand-year-old iceman is awakened.

Ötzi the iceman’s adventure takes him to the modern era, where his observant soul tries to comprehend why it remains tethered to the frozen mummy, as well as to make sense of a technologically advanced world. The story then returns to 3300 BCE, to the life and times of clan chief Bhark as he lives with his family in a peaceful village upon stilt homes clinging to the shore of the great Lake Neith, located in the shadows of ominous Similaun Mountain.

Bhark and his family are ambushed by his rival Shadrach, who insists that he, not Bhark, is the clan’s rightful heir. A subsequent encounter with the soul hunter Creyak, who promises to return to Bhark all that was lost, sends our hero on a perilous journey into the four demonic realms of Gehenna. Along the way, he receives wisdom from Miko the Seer and guidance from his clairvoyant daughter, Amica, both of whom have the power to pierce the veil that separates the upper and lower spiritual realms, while Bhark fights for the salvation—and ultimate redemption—of his eternal soul.