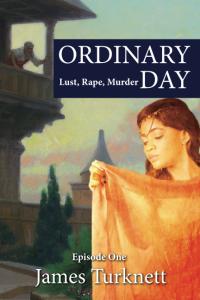 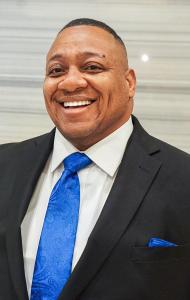 DALLAS, TEXAS, UNITED STATES, September 12, 2022 /EINPresswire.com/ -- Biblical figures were not always immaculate and saintly personalities. King David of Israel committed shocking crimes, which author James Turknett recounts in his book, "Ordinary Day: Lust, Rape, Murder (Episode One)." In its pages he chronicles how someone rose up the ranks of the royal family of Israel and came to be the monarch while simultaneously committing underhanded acts with impunity

In the Bible, before Bathsheba was married to King David, she was previously married to the soldier Uriah. When David saw her bathing, he acted upon his lust and later had her husband Uriah dispatched to the battlefield while ordering his comrades to abandon him during battle - effectively murdering him. Then David married the widowed Bathsheba, but their first child died as God's punishments for David's crimes. Later on she would give birth to Solomon, who would become the kingdom's most memorable ruler.

Turknett covers these events and also provides David's backstory. He recounts how he was the 8th in line and the black sheep of the family, given menial jobs until he rose to a position of height and became the monarch of the land. Turknett shows how he built his beautiful city, won wars and established a dynasty, only to act upon his lust and commit an unspeakable crime.

With "Ordinary Day: Lust, Rape, Murder (Episode One)" he provides readers with a sobering tale of what powerful men are capable of and how the course of their lives can change, from going on paths of greatness to performing heinous acts.

About the Author
Dr. James Turknett is from Dallas, Texas and is a decorated United States Army veteran. A Junior Olympic boxing gold medalist and award-winning coach and pastor for 30 years, he is also a precinct chairman and activist. He has written booklets on entrepreneurship. Turknett is a radio and TV personality and has hosted his own shows for 20 years. He has also established the Building Lives Academy and Daycare for single parents and “TCBEN”, True Counsel Business Economic Networks to teach low income parties how to go to work, coupled with the workforce initiative program.