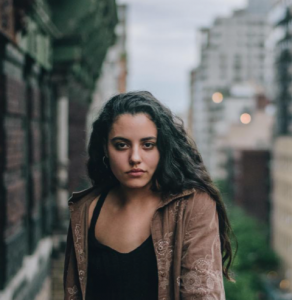 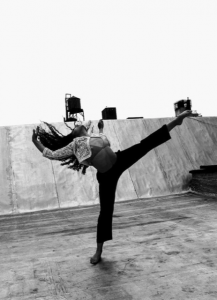 Beatriz Beatrice in her dance performance 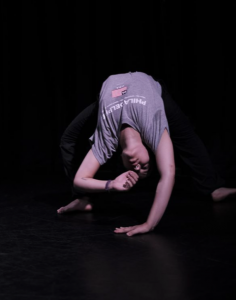 The truth is, once you continue doing what you love, you’re going to improve and discover unexpected things.”
— Beatriz Castro
NEW YORK, NY, UNITED STATES, June 7, 2022 /EINPresswire.com/ -- Every dancer's dream is to live, breathe, and dance in the big apple. the evocative city background of the greatest dance classics. Any kind of dance. NYArtLife interviewed the talented Beatriz Castro. You can read the full interview on the Nyartlife Magazine website

In her 20-year-long career, which began in Costa Rica, Beatriz has performed all different types of classical dance including ballet, modern, and more. Her dance foundation lies in dance and Beatriz is known for carrying out precise movements, to appear flowing and ethereal. Her style also features pointe work, in which she stands up on point of her toes with special pointe shoes, as well as the turnout of the legs and feet, and high extensions of legs.

Serving as a critical member of the classical dance collective, Centro Artístico De Danza Norma Araujo (whose director is a former dancer from the Royal Academy of Dance in London), Beatriz has performed as a Soloist in El Sonido De La Musica (the film adaption earned 5 Academy Awards) and Cascadas de Movimiento which were both performed at the National Auditorium, San José, and National Theater of Costa Rica. The National Auditorium is Costa Rica’s national theatre and is well-known around the world for its top artistic performances. Her solos were composed of complex ballet techniques which include point, rond de jambe, and Gargouillade which means “rumbling.”, which she disengages one leg to the side, then does a small rond de jambe.

Impressively, she has also performed in some of the most important productions in the dance world, which includes The Nutcracker, performed at the Motion Dance Center. The Nutcracker, by Tchaikovskyhas enjoyed enormous popularity since the late 1960s and is now performed by countless ballet companies, primarily during the Christmas season. Major American ballet companies generate around 40% of their annual ticket revenues from performances of The Nutcracker. The ballet's score has been used in several film adaptations of Hoffmann's story.

Her artistic pursuits led her to the Big Apple, where she led a dancer and lead member of Verbal Animal and Spark Movement Collective. She has had countless successful appearances and performances at Eugene O’Neill Theater, Arts On Site, HBO TV Shows and other venues. Her work is being seen by many audiences, which is the result of continuous work.

After twenty years of performing, she acquired the position of choreographer at many Artist Residencies that recognize the importance of exploring dance through the self. That is an important aspect of art, especially in dance, as the dance continues to advance. Some of these residencies include Motive Brooklyn, a lyrical dance, Time is a Flat Circle, and Downtown Brooklyn Rehearsal Residency.

She was able to craft original choreographies that explored different areas of dance and later incorporated those findings into her work. Her work as a choreographer is enriched by her experienced career as an international dancer. As a choreographer, she was so inspired by the new, complex, narrative music, that she has innovated choreography to reflect the diversity of dancers and different dance disciplines. She is currently an Artist-in-Residence at Motive Brooklyn. Through a rigorous selection profession, she was chosen for the 2022 residency program, which has allowed her to create one of a kind, eclectic choreography. Lilach Orenstein and Meredith Glisson are co-Directors of MOtiVE Brooklyn. The space was founded in May 2021 in response to supporting artists especially due to the COVID-19 pandemic, in hopes to introduce supportive structures and programming that are uniquely designed to value the artist and their processes.

Beatriz continues to pursue dance as a strong passion in her life and loves helping people explore the human condition through curiosities of dance. She hopes to find new dimensions with dance continuously as she practices her craft with the ability to share it with others.