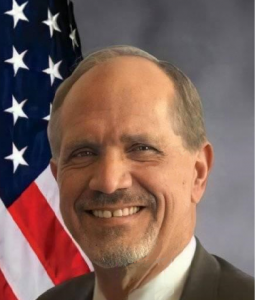 This case will not be resolved before the election. With legitimate questions being raised from the actual court documents, we simply must consider the facts, right now, before voting.”
— Col. Larry Kaifesh
ORLAND PARK, IL, UNITED STATES, June 28, 2022 /EINPresswire.com/ -- A well known political analyst, Col. Larry Kaifesh USMC (Ret.), has released the news of some unsettling revelations related to an ongoing federal lawsuit against one of the Attorney General Candidates in Illinois, Tom DeVore.

"This case will not be resolved before the election. With legitimate questions being raised from the actual court documents, we simply must consider the facts, right now, before voting," said Col. Kaifesh.

Kaifesh refers to the federal lawsuit of Walch vs. Thomas DeVore, et al. in United States District Court Central District of Illinois, Case No. 3:19-cv-03191. The case arises from DeVore’s involvement in an alleged burglary, theft of guns and coins and the deprivation of the defendant's Constitutional rights. Excerpts from the lawsuit follow.

34. To which Defendant Deputy MORGAN informed Plaintiff (^^^^) that Defendant DEVORE could take whatever he wanted.
35. The looting became so overwhelming for Defendants Deputy MORGAN and DEVORE that Defendant DEVORE secured the assistance of approximately a dozen other men, the Identities are unknown at this time.
36. All of this looting occurred under the watchful eye of Defendant Deputy MORGAN ensuring that no one interfered with Defendants raid on Plaintiffs’ property.
37. None of the property seized on this second visit had any indication of ownership by (^^^^). The personal property seized on this visit sat on real property not in the bankruptcy estate of (^^^^).
Personal Property Stolen from Plaintiffs

i. AR15 Palmetto AR 15 Upper 16” (Second)
j. 9mm Glock17, Serial DEK245
k. 44 Cal. Taurus Raging Bull, Serial BM571613
l. 12 GG Remington 870 Classic Trap, Serial D884575M
m. 22 LR Ruger Mark 2, Serial 18-17497
n. 22 LR Rugger 1022, Serial 12485908
o. LAR15 Rock River Arms, Serial 12619
p. Mauser firearm, Serial Z6078
q. Misc. Lower Receiver, approximately 30 units
40. The full extent of the property will likely never be known as Defendants DEVORE and Deputy MORGRAN took no inventory during the conversion of Plaintiffs’ property. Since the Theft, Plaintiffs Have Unsuccessfully Tried to Secure Personal Property
41. Without any indication … Defendants were able to clean out a building on Plaintiffs’ property.
42. After the items were removed, Defendants have refused to provide an accounting of the items that were stolen from Plaintiffs on May 3, 2019.
43. Defendant DEVORE, acting on behalf of Defendant CNB, refused to provide any information as items removed, and in addition, invited Plaintiffs to “create a conflict” with Defendant CNB and Defendant Montgomery County.
To this time, the status of the arsenal and cash taken from the private citizens is unknown.

Col. Larry Kaifesh USMC (Ret) served in combat in Iraq and sensitive command posts thru Afghanistan, Jordon, and Kuwait. With a Masters Degree in National Security and Strategic Studies from the Naval War College, he worked for the Chairman of the Joint Chiefs of Staff and Secretary of Defense as Battle Captain. He served as a Congressional Fellow for Congressman John Kline (R) of Minnesota and ran for U.S. Congress in the IL-8th District against Tammy Duckworth. Col. Kaifesh is highly decorated, having a Bronze Star and other metals for his service and valor. Through media and personal appearances, he advances the values and principles of our Founding Fathers, supporting and defending the Constitution.

David Shestokas is an expert on our Founding documents, a former Cook County Assistant State’s Attorney and author of Creating the Declaration of Independence, Constitutional Sound Bites, and Capsulas Informativas Constitucionales, explaining the meaning and historical context of the Declaration of Independence, the Constitution, and Bill of Rights, to Spanish reading audiences. He is currently running against DeVore to become the Illinois Attorney General candidate. Shestokas is the only candidate running who has prosecuted a felony crime, having prosecuted 400 felonies and over 10,000 misdemeanors. More info: www.Dave4ag.com.