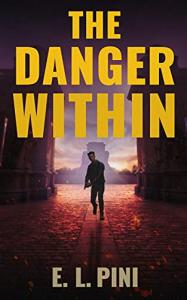 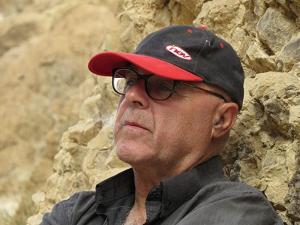 THE DANGER WITHIN by E.L. Pini

A suspenseful book, depicting real characters and exciting and unexpected twists in the plot. The characters are complex and real.”
— Amazon reviewer Rebecca S.
UNITED STATES, January 10, 2022 /EINPresswire.com/ -- Both in character design and plot, the books of E.L. Pini exhibit a uniquely modern take on the genre of terror and espionage thriller novels. Yet at the same time, they appeal to fans of some of the genre’s iconic names like Tom Clancy, Daniel Silva, Brad Thor, Nelson DeMille, Terry Hayes and David Morrell.

In his book A DANGER WITHIN, Pini’s protagonist Mossad Agent Avner Ehrlich is a character developed from the author’s own experience after completing three years of military service in an Israel Defense Forces special unit.

In fact, before completing a description of a fight or physical altercation for Ehrlich, Pini will often get a group of ex-combat fighter friends together to play out the scene from beginning to end and use what he learns to enhance and fine-tune it. This is why many readers attest that the fast-paced, gripping depictions often feel as if they are watching a movie rather than reading a book.

Ehrlich is a serial rulebreaker, but whenever the need for a dangerous top-secret operation arises, he is the Israeli Mossad’s first pick. So what happens when the hunter becomes the hunted, and Ehrlich finds himself an enemy target?

In A DANGER WITHIN, Ehrlich stands before the most cunning enemy he has ever faced – an enemy with innovative and sophisticated methods that conceal the danger within.

Imad Akbariyah, a rising star in Al-Qaeda’s chain of command, recruits a fellow Palestinian doctor to perform surgeries on terrorist Shahids and implant their bodies with plastic explosives that allow them to move freely through any security check or device – effectively creating grave danger through these “human ticking bombs.” Imad remembers when his father was killed in front of his eyes by an Israeli commando officer and dreams of the day he will get his revenge on the man responsible – who he learns was Ehrlich.

As the violent chases intensify, a blood-soaked war is only a matter of time. The personal encounter between the two rivals is inevitable – and Ehrlich is fighting not only to prevent the killing of innocent lives, but to save his own.

The story is a nail-biter, and the characters become more complex as each chapter unfolds.

After completing three years of military service in an Israel Defense Forces special unit, E.L. PINI went to London, where he studied script writing and took on various jobs employing his unique skill set – bodyguard, bouncer, photographer, and even getaway driver (for which he has yet to suffer consequences). He later found some success as a screenwriter for advertisements and documentaries. These days, Pini likes to spend his free time cooking, listening to operas and rock-crawling with his modified Jeep.