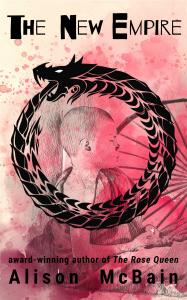 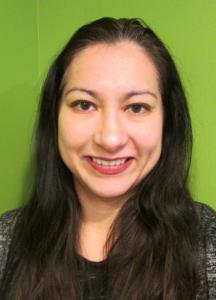 THE NEW EMPIRE by Alison McBain

The alternate world McBain crafts in THE NEW EMPIRE is vivid and immersive, with events that very well could have taken place under different circumstances.”
— BookTrib
UNITED STATES, September 20, 2022 /EINPresswire.com/ -- "The Man in the High Castle" meets "Journey to the West" in a newly released sprawling, epic alternate history tale of love, loss and identity. Told from the perspective of a Chinese slave in a Native American world, THE NEW EMPIRE by award-winning author Alison McBain paints a vibrant picture that will resonate strongly with readers in these conflicted times.

Fire. Blood. His brother’s hand grinding his face into the dirt.

When a bloody coup throws Beijing into chaos, these are the final fleeting memories of Jiangxi, the emperor’s youngest son, as he is stuffed into the bowels of a cargo ship and sent to an 18th century America very much different from the one we’ve read about in history books.

When Jiangxi arrives in the distant city of Wacharon, a trading hub for a powerful tribal confederacy, he is sold upon his arrival. As he learns more about this new land and the influential man who holds his life in his hands, he’s caught between the two worlds of his past and present. Jiangxi soon finds himself forced to choose between following the law of the land or striking out on his own to find a new and bold path to freedom.

Little does he know, the choices he makes will change not only the course of his own life but will decide the fate of the two most powerful nations in the world.

The alternate world McBain crafts in THE NEW EMPIRE is vivid and immersive, with events that very well could have taken place under different circumstances. Readers will be morally challenged and forced to see through new perspectives by multifaceted characters woven through poignant and descriptive prose.

Perfect for fans of speculative fiction and history, and for anyone who enjoys being exposed to new perspectives, THE NEW EMPIRE will have readers thinking long after the last page.

THE NEW EMPIRE is available on Amazon and other popular retail outlets where books are sold.

Alison McBain is an award-winning author with more than 200 publications in magazines, journals, and anthologies. Once in a while, she puts on her Associate Editor hat for the online publication Scribes*MICRO*Fiction or draws all over the walls of her house with the enthusiastic help of her kids. https://www.alisonmcbain.com.