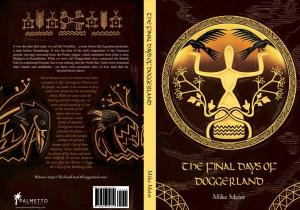 Book Cover, The Final Days of Doggerland by Mike Meier 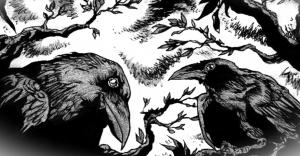 The ravens in The Final Days of Doggerland by Mike Meier 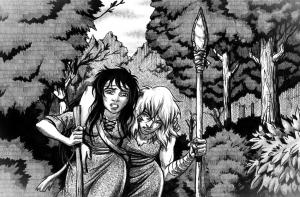 The protagonist of The Final Days of Doggerland by Mike Meier

The new book "The Final Days of Doggerland" by Mike Meier is a stone age story of survival in Northern Europe. It is in large part based on archeological facts.

...Imagine if your biggest worry was not your next social media post or who wins the election, but simply survival ...”
— Mike Meier, author of "The Final Days of Doggerland"
CHARLESTON, SOUTH CAROLINA, USA, August 6, 2022 /EINPresswire.com/ -- When author Mike Meier began researching his third book, a Neolithic novel set in Doggerland, the land that once connected Northern Europe to what is now England, he was fascinated to discover several enlightening archeological facts, such as the migration of the Yamnaya people, the use of spices in food, and a land sinking into the sea. Meier’s historic tale begins during the time of the early westward migrations from the Pontic steppe between the Southern Bug, Dniester and Ural rivers. “I have tried to create a world as it was 6,000 ago in Northern Europe,” Meier notes. “A time where one’s only goal was to survive.”

In “The Final Days of Doggerland,” a group of weary nomads arrive in Northwestern Europe in the remnants of Doggerland and attempt to build a home. But the women and children of the group become captives of the more skilled Bollebarg tribe, led by a ruthless chief, Viggo. One of the captives, Oane, relies on her talent for crafting poisons to survive, while pondering how to reach firm land in the west. But her planned escape may come with a price.

Meier’s vision of Neolithic tribalism is brought to life through his vivid illustrations and original songs. And as he explores the motivation to survive at a time when death was a constant threat, Meier lends perspective to modern concerns. “Imagine if your biggest worry was not your next social media post or who wins the election, but simply survival,” Meier posits. “And with survival as your biggest worry, the only other thing you may be able to think of, if you ever find the time, would be your purpose in life.”

“The Final Days of Doggerland” is available for purchase online at Amazon.com. For more information on the book and the author, please visit the TheFinalDaysofDoggerland.com.

Mike Meier is the author of JoinWith.Me and The Love Hex or Nicest Flings in Mexico. He grew up in a blue-collar housing project in Germany. His grandfather was a 1930s traveling magician and fortune-teller known as Wladi-Kami. On his own since his teens, he has lived in several different countries, including Argentina and Japan, and has worked jobs such as washing dishes, repairing bicycles, and painting homes. When he is not writing books or award-winning screenplays, you’ll find him playing Latin and Flamenco guitar somewhere…or playing in a rock band. He holds a master’s degree in political science, as well as a Juris Doctor and Master of Laws.