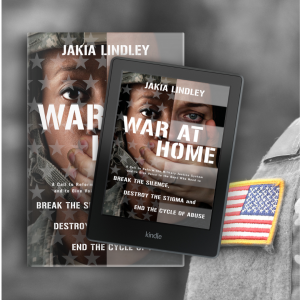 War at Home: A Call to Reform the Military Justice System and to Give Voice to the Ones Who Need to Break the Silence, Destroy the Stigma and End the Cycle of Abuse 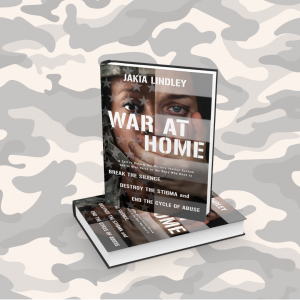 It is time to hold space and listen to our brothers - and sister-in-arms that may be afraid of speaking up due to the fear of retaliation and who may still be struggling to find their way out of the storm. 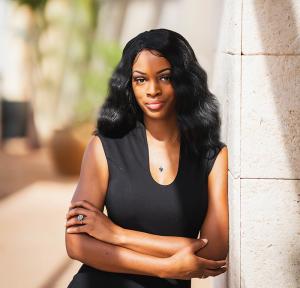 New book War At Home calls to Reform the Military Justice System, to Give Voice to Break the Silence, Destroy the Stigma and End the Cycle of abuse.

War At Home exposes these seldom-discussed, ugly truths and presents viable solutions to improve the military justice system and treatment of victims.”
— Jakia Lindley
NEW YORK, NY, UNITED STATES, July 12, 2022 /EINPresswire.com/ -- “When I joined the military, I was so happy. A fire started within me and I was passionate about everything. But the system did not protect me. I was the victim of rape, sexual harassment, racism, and discrimination and quickly learned that the military would not be supportive, lacked the necessary resources, or provide justice. My choice was to either remain quiet or fight for change,” comments Lindley.

With remarkable bravery and honesty, active U.S Air Force and Author Jakia Lindley shares her deeply personal story in War At Home: A Call to Reform the Military Justice System and to Give Voice to the Ones Who Need to Break the Silence, Destroy the Stigma and End the Cycle of abuse. This unflinching examination of the military’s culture of silence and the resulting cycle of discrimination, racism, and sexual assault it perpetuates is a timely, and necessary story, despite the knowledge of knowing that she will face both retaliation and likely termination of her position by coming forward. War at Home is already considered a #1 Bestselling memoir, in biographies of the Air Force in American bookstores

War At Home exposes these seldom-discussed, ugly truths and presents viable solutions to improve the military justice system and treatment of victims. The book is more than just one woman’s story. It is the story of thousands of silent voices that have served or are serving today, who remain afraid to speak up. It is the story of the war of too many others —women, children, and even men— who are victims of repeated sexual and domestic abuse, harassment at work, oppression by those in positions of power, and the ultimate failure of the systems tasked with their protection.

Like many other victims who fear being stigmatized, minimized, or victim-shamed, Lindley struggled to admit her abuse. War at Home is a call for reform from a new, powerful, voice in the fight for victim’s rights within the military justice system and beyond. For more information and ways to get involved please visit jmlindley.com. War at Home is available now on Amazon in both Kindle and print.

From an early age, Jakia Lindley dreamed of being a judge, an attorney, or somehow being a part of something bigger than herself. She joined the military in 2010 and is currently a Staff Sergeant in the U.S. Air Force. Lindley studied criminal justice and psychology at the American Military University before switching her focus to business management.

Aside from writing, her passions in life are uplifting others, teaching as a Certified Master Resiliency Trainer and as a Certified Department of Defense Sexual Assault Advocate, fine food and wine, art, music, and last, but certainly not least, binge-watching her favorite shows. Jakia Lindley was born in Memphis, Tennessee, raised in Canton, Ohio, and now resides with her husband and daughter in Hawaii, where she is currently learning to surf.