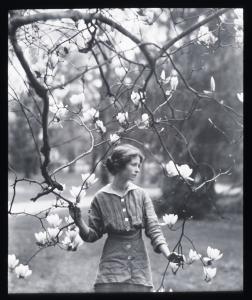 Fulfilling a promise he made, Producer and Starpower Management CEO Bruce Edwin releases his new book of poetry this year, "Poems of Faith."

Globally, we have all been through some terrible times lately. This book is not only about keeping a promise, it's about giving people some hope, when seemingly all hope is lost. And there is hope.”
— Bruce Edwin
MALIBU, CALIFORNIA , USA , June 2, 2022 /EINPresswire.com/ -- He thought he was going to die. So he did what many people do when they believe their life is almost over. He prayed. During that prayer, he promised that if he lived, he would profess his faith in that power that he believed let him, or enabled him to survive. "Poems of Faith" is the result of that promise. A new collection of poetry by writer / producer and talent manager Bruce Edwin, "Poems of Faith" is a contemporary collection of poetry by a writer that has for years, moved many with his words. Praised by countless stars and executives around the world, Bruce's work is at once identifiable, yet powerful, often sticking with the reader long after comprehension. His free entertainment site www.HollywoodSentinel.com now also includes poetry.

Bruce Edwin states, "I began to first read when I was five and six years old. Discovering words could rhyme was a pleasure to me. As a teenager, I felt the world very deeply. The suffering of a child blown to bits by a bomb on the other side of the world I may have read about, would send waves of grief throughout my soul, and tears down my face. I largely felt the passion and pain of everyone, everywhere. I still can feel that way today if I allow that much in, but I generally try to have a layer of protection up so as not to hurt myself or drain my own life force like I used to."

Bruce adds, "My general low self-esteem as a child was partly saved by being a writer. I knew at least I was good for that. The work of Emily Dickinson and Robert Frost touched me during those early years. Later, I discovered the brilliance of e.e. cummings at around fifteen years of age, who blew my mind, and whose words I fell in love with. Then discovering Anne Sexton and Sylvia Plath for the first time when I was sixteen, changed my life. I read Sylvia Plath’s “The Bell Jar” in one day, and Anne Sexton became my favorite poet. Here was this beautiful, elegant woman, who had a sense of humor, yet a dark sadness, that I deeply related to as a troubled punk rock kid. Her way with words were magic to me, and moved me to chills of delight, and tears. I felt such a closeness to her spirit. I think today how if her genius and passion had not been labeled madness, she may have lived so many more years; away from the doctors that constantly drugged and abused her."

Bruce Edwin continues, "I became prolific in writing poetry during these teen-aged years. Poetry—particularly writing it, saved my life. If music was my church and temple, then poetry was my confession, and my song. I was fortunately, always encouraged to write by my parents, friends, and mostly my teachers. Music profoundly impacted me throughout all of my life. The poetry of great lyricists moved me throughout my early childhood and teenage years beyond any manner I could explain, other than to say that music at times was all I lived for—and it was plenty." Bruce states, "A few years ago, I re-discovered the poet Edna St. Vincent Millay. I wrote a poem dedicated to her in this new book. She is so amazing."

"To what purpose, April, do you return again!
Beauty is not enough.
You can no longer quiet me with the redness
Of little leaves opening stickily.
I know what I know.
The sun is hot on my neck as I observe
The spikes of the crocus.
The smell of the earth is good.
It is apparent that there is no death.
But what does that signify?"

Bruce Edwin states, "For some, God is like a dirty word. So much so that they won't even use a capital letter G. I can relate. I used to deny the existence of God, and later hated God. How could any loving God allow so much pain, suffering, tragedy, and injustice in the world, I thought? Now I feel that hating God is kind of like hating the air you breathe. It doesn't make any sense. I wouldn't say that I have faith in God today, because faith to me implies something that one believes in. I don't have to believe in the heat of the Sun, or a rock, or a tree. I just know it's there. And to me, God is the heat of the Sun. God is the manifestation of all of creation and more. How can you deny and hate that? How can you not love the very Earth you walk on? It doesn't matter who or what you call this benevolent force, but I think anyone that searches for the truth long enough will find it. "Poems of Faith" is my promise to and celebration of that eternal, true power."

A poem by Bruce in "Poems of Faith" conveys a similar feeling of serenity and love in the midst of a chaotic world;

..."in silence
like Tsunami’s in Japan
love washes over me
as buildings burn & fire floats at sea
love washes over me
as children fall & skin their little knee
as concrete walls they fall like cards
beside me
As streets & floors they crumble
neath' my feet
love—it washes over me
As sirens call
& shots are fired
to warn me of emergency
As harbingers of death
fly over head
and churches lose their sanity
Love—it flows all over me..."
--excerpt from "As the World Burns" by Bruce Edwin from "Poems of Faith"

"Poems of Faith" will be sold online digitally, and in select bookstores nationwide later this year. For advance orders, samples or more, contact The publicity department at Hollywood Sentinel PR for "Poems of Faith" by Bruce Edwin. Email: StarpowerManagementLLC@gmail.com Tel: 310-226-7176 Visit: www.BruceEdwin.com