I Wish I Had Those Gasoline Pellets 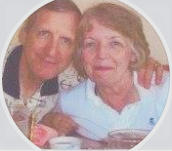 Who is this homeless man and where does he get these magic pellets?

RED DEER, ALBERTA, CANADA, January 5, 2022 /EINPresswire.com/ -- I Wish I Had Those Gasoline Pellets
Who is this homeless man and where does he get these magic pellets?

The story will hook the reader from the first few pages and keep them interested until the last. This is a book that you can’t put down after you have started reading.

In “I Wish I Had Those Gasoline Pellets”, Kegerreis expertly portrays how someone’s life can be turned upside-down in an instant. In this case that of Air Force Captain Oley who is on top of the world one minute but soon finds himself in the bottom of society.

But when you are at the bottom, there is only one way to go.

With emphasis on details and drama, Kegerreis tells about how Washington eventually comes into possession of a commodity that becomes the obsession of many. Kegerreis weaves a tale that will take readers from intrigue, mystery, then finally to an ending that will leave them wanting more.

Carl Kegerreis served in the U.S. Army as a sergeant at a missile base in Ohio before moving on to the CSX Transportation Railroad where he served as a federal officer before retiring.

Despite his line of work he likes to write and has even penned a children’s book called “Searching for Elock”. He has also been awarded by the Marquis Who’s Who Publication Board.

He lived with his wife, Sandra, in Ohio until her passing in March of 2021 due to Alzheimer’s Disease, after 58 years of marriage and three children. He now plans to donate all the royalties earned by this book to Alzheimer's research.