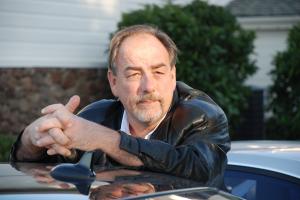 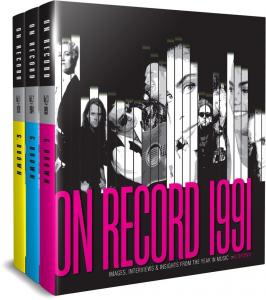 SALT LAKE CITY, UTAH, UNITED STATES , August 4, 2022 /EINPresswire.com/ -- Respected veteran music journalist, broadcaster, and historian G. Brown has authored the first three volumes in an encyclopedic series of books entitled On Record and looks at the evolution of popular music from 1978 to 1998 through images, interviews, and insights.

Each volume of the award-winning On Record series highlights 200 limited and extraordinary images and 100 profiles with an array of musical artists from the late Jerry Garcia and Dave Matthews to Bono and Carlos Santana. Every edition is beautifully crafted and geared to every music fan, library, and institution.

Celebrating his 50th year as one of America’s foremost popular music writers, Colorado-based G. Brown has interviewed more than 2,500 musicians, including Paul McCartney, Bruce Springsteen, Mick Jagger, and Kurt Cobain, all of whom recounted their escapades and reminisced about what their time on the charts meant to them personally and musically.

“Vol 1: 1978” — Classic rockers from Journey to Bruce Springsteen to the Cars, nascent new wavers such as the Police, Talking Heads, and the Clash, as well as the year’s greatest releases from rock, R&B, country, and jazz stars.

“Vol. 2: 1984” — The biggest artists of the MTV era—Madonna, Cyndi Lauper, Huey Lewis, and even “Weird Al” Yankovic—in addition to acts from Van Halen to Prince and the year's top R&B, alternative, country, and jazz releases.

“Vol. 3: 1991” — The grunge phenomenon from Nirvana to Pearl Jam, the explosion of rap (Public Enemy, Ice Cube), superstars from Garth Brooks to Paula Abdul to Metallica, and a full complement of one-hit wonders and underground sensations.

“My writing has always been informed by my perspective in the Mountain Time Zone, the shared concert, radio and retail experiences in markets like Salt Lake City as well as Denver,” Brown says. “My curated archive of more than 15,000 rare promotional photos tells a remarkable visual history of seminal periods of music history. A lot of time, creativity and capital was invested by the artists in the creation of these images, and I did not want them lost to time. Via the On Record book series, it’s a privilege and even a responsibility to share them and the artists’ stories with Utah’s music fans and independent music stores such as Sound & Vision Vinyl.”

“We are happy to be hosting G. Brown at Sound & Vision Vinyl,” owner Michael Maccarrone says. “We are a real record store … the way it was meant to be.”

G. Brown has navigated the world’s musical landscape for decades, both as a journalist and as a radio personality. He contracted with The Denver Post for 26 years, and was published in numerous national magazines, including Rolling Stone and National Lampoon. Brown also covered music news and hosted and programmed for a myriad of Denver-based radio stations. He is the author of four other books, including the award-winning Red Rocks: The Concert Years, Colorado Rock Chronicles, and Telluride Bluegrass Festival: The First Forty Years. He was the founding director of the Colorado Music Hall of Fame beginning in 2011; he then launched and now oversees the Colorado Music Experience, a nonprofit cultural and educational organization established to preserve the legacies of Colorado music.