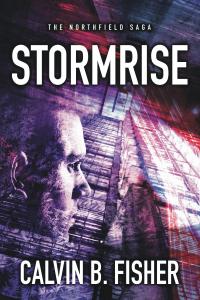 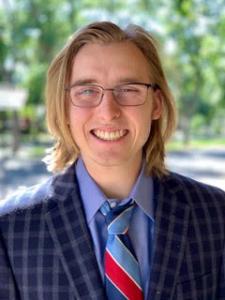 Calvin Fisher has become one of the most exciting young voices in the Sci-Fi/Fantasy genre.


Calvin Fisher has become one of the most exciting young voices in the Sci-Fi/Fantasy genre, with publications like Sci-Fi & Fantasy Magazine saying Mr. Fisher is an author to "Certainly keep an eye out for" and Journey Planet calling his first book "A fantastic and impressive work."

Mark Northfield has lost track of time. The days, weeks, and months blend while he sits in the Network's dank prison. After the detonation of Zeus's Mercy, the Network's secret device, the city is rid of the toxic gas that plagued its citizens for a decade. Yet, the death and destruction seem far from over.

His world only darkens when a new prisoner arrives in his cell block: Geralt Salb, the leader of the Yellowbacks. He is a man that Northfield, once considered an ally, turned into a tenuous partner. His capture means that the Yellowback's rebellion against the Network has failed. With both men in the Network's possession, the organization's ultimate plan for Northfield and Geralt is set into motion. The Network stronghold in the mysterious, neon-drenched city of New Medea wants them for reasons they can't fathom. All they know is that the Network will make them pay for their actions, one way or another.