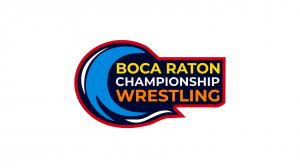 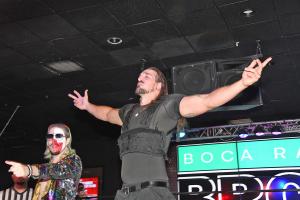 Boca Raton Championship Wrestling will present this new show weekly on You Tube.

In the first episode you will see Brutus The Barber Beefcake still struttin' and cuttin' in Boca; and There's a 7-foot giant with a friggin' clown.

You will also meet Jessie Elaban, an artist, making on art on TWO types of canvas.

"Now that Vince McMahon retired, this is the perfect time to start a new chapter in Wrestling history" says BRCW Owner Matthew Maschler.

Join us each week as we present a match and more, showcasing Boca Raton Championship Wrestling and all it's wrestlers, living la vida Boca, and brawling by the beach, while checking out some million dollar homes in the process.

It doesn't get more Boca than this!