Betty: The Dancer (A Dance with Destiny) book and audiobook has finally arrived 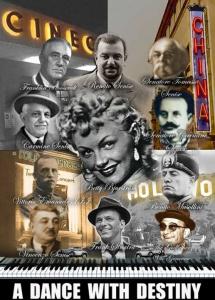 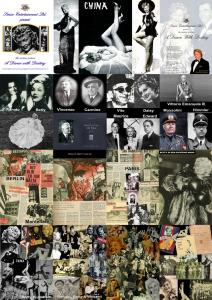 E lucevan le stelle ...When the stars were brightly shining ...”
— Tosca opera by Giacomo Puccini
STOCKHOLM, SWEDEN, July 22, 2022 /EINPresswire.com/ -- Betty: The Dancer (A Dance with Destiny) by Warwick Collins, is a story about the life of the Swedish dancer and beauty queen Betty Bjurström and her husband Renato Senise, film producer, has taken on an almost mythical dimension. The true account of Betty Bjurström and Renato Senise becomes one of the greatest timeless romance novel, powerfully inspiring and deeply moving, well known history in Sweden, the Nordic countries, and Europe. Other well known, characters in the Book, include the Italian King Vittorio Emanuele III, Head of the Italian Police Carmine Senise, Mussolini, the American-Italian Godfather Vito Genovese, Frank Sinatra, Princess Daisy. This incredible story and its dramatic twists turn go far beyond anything we could imagine. Enjoyable reading highlights through the passions and adventures of the leading characters, as they are drawn into A Dance with Destiny.

E lucevan le stelle (And the stars were shining) is a romantic aria from the third act of Puccini's opera Tosca, which inspired the true love story of Betty and Renato. There is nothing not affected when two hearts get connected.

About the Author: Warwick Collins was a remarkable British novelist and poet, best seller, and screenwriter. His first poems were published in the magazine Encounter during his early twenties. Collins is the author of eight novels, all of which have been published to great acclaim across Europe. “Gents” widely reviewed as a literary classic, has been bestseller in France, Germany, Italy, and Spain.

At the touch of emotion, the "Dance with Destiny" becomes one of the greatest timeless biographical novel. Real or not real? Real, this incredible story is true and its dramatic twists and turns go far beyond anything we could imagine. For those who love with soul there is no such thing as separation.