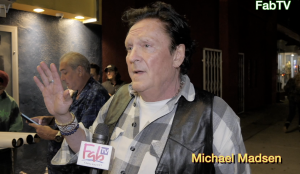 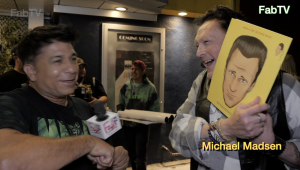 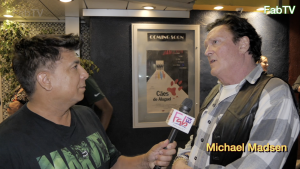 Directed by Dominique Milano, American Badass: A Michael Madsen Retrospective is exactly what the title promises. Through interviews with several colleagues and family members and many stories told directly from the man himself, the documentary is an examination of Madsen’s life and career. Structurally, it is more associative than linear, going back and forth between a troubled youth and his breaking into the acting world.

Of course, the interviews with the likes of Quentin Tarantino, John Travolta, Daryl Hannah, Madsen, Ron Perlman, Robert Forster, and Chuck Zito, among many others, are interspersed with clips from various movies, both starring Madsen and those that inspired him. In addition, old family photos and reenactments are woven throughout the tales of him growing up, be it from his sisters Virginia and Cheryl, or from the writer/actor himself. #michaelmadsen #fabtv

FabTV is your destination for entertainment news. Get free access to exclusive interviews with your favorite movie and television stars, go behind the scenes at awards shows, visit movie sets, and hear the latest scoops and spoilers throughout the entertainment industry.
New Videos