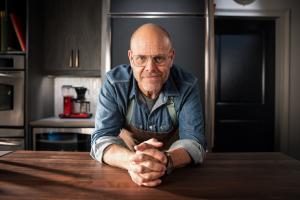 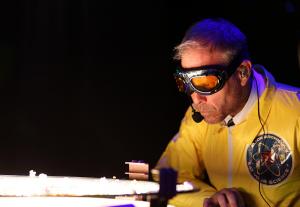 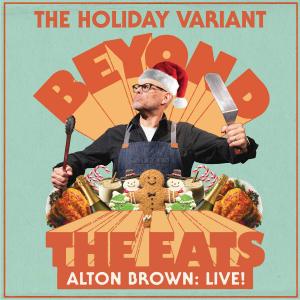 Prepare for an evening unlike any other and if I call for volunteers…think twice.”
— Alton Brown
LOS ANGELES, CA, UNITED STATES, August 1, 2022 /EINPresswire.com/ -- Television personality, author, and Food Network and Netflix star Alton Brown today announced Alton Brown Live: Beyond The Eats – The Holiday Variant tour is visiting more than 25 North American cities in 2022 during the holiday season. Brown originated the live culinary variety show with his “Edible Inevitable,” “Eat Your Science,” and “Beyond The Eats” tours that have performed in 200-plus cities with more than 550,000 fans in attendance. His latest production kicks off in Greensboro, NC and mixes together science, music, food, and festive fun into two hours of pure entertainment. Tickets are on-sale now at www.altonbrownlive.com. View the tour announcement videos on Facebook and on Instagram.

Brown says fans can expect “more cooking, more comedy, more music, and more potentially dangerous science stuff with a sprinkle of seasonal spices. Plus, you’ll see things I’ve never been allowed to do on TV.” Critics and fans have raved about the interactive components of Brown’s shows. He warns, “Prepare for an evening unlike any other and if I call for volunteers…think twice.”

Alton Brown has been on the Food Network for over 20 years and is best known as the creator, writer, and host of Good Eats, Good Eats: Reloaded, and Good Eats: The Return. He also hosted Cutthroat Kitchen and served as the culinary commentator on Iron Chef America. He is the host of Top 10 new Netflix Iron Chef reboot “Iron Chef: Quest for an Iron Legend.” There are two James Beard awards with Brown’s name on them in a drawer in his office, and somewhere in the world there’s a coveted Peabody awarded for Good Eats that was stolen out of his car back in 2013. Brown just released the long-anticipated fourth and final volume in the bestselling Good Eats series of cookbooks was an instant New York Times bestseller with 150 new and improved recipes accompanied by mouthwatering original photography, The Final Years is the most sumptuous and satisfying of the Good Eats books yet.

Those with an appetite for more Alton Brown can find additional show and ticketing information at www.altonbrownlive.com. Follow @altonbrown and #AltonBrownLive on Facebook, Twitter, and Instagram for posts from Alton and more information about the tour.

About MagicSpace Entertainment
MagicSpace Entertainment is a boutique producing and presenting firm focused on first-class properties and productions. Based in Park City, UT, the company has produced and presented national tours, Broadway shows, concerts, museum exhibits and sporting events worldwide for over 40 years with a powerhouse producing team focused on providing creative, marketing and general management expertise. www.magicspace.net